Christmas with the Alley Cats 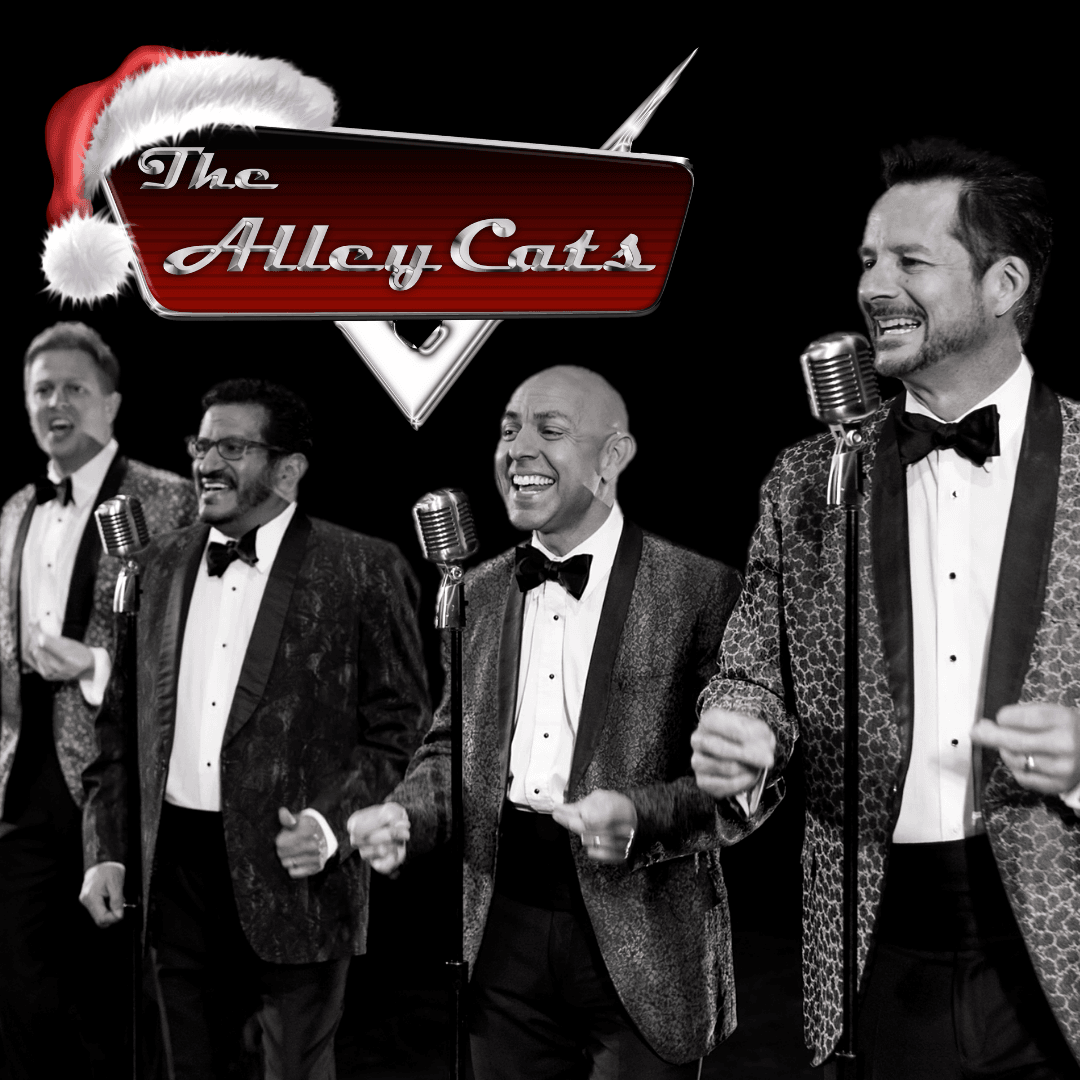 Side-splitting laughs, unbelievable a cappella energy, and the incomparable style of 1950s and ’60s doo-wop in a live show reminiscent of The Rat Pack. Entertaining fans from coast to coast, America’s premier doo-wop group arrives just in time for the holidays!

Back by popular demand!
With their tight, four-part harmony and delightful antics, these musical comics have been Jay Leno’s opening act for the past seven years. Additionally, they have opened for Jerry Seinfeld, Joan Rivers and have appeared on numerous television shows for NBC, CBS, and PBS. The Alley Cats have performed in concert all over the world alongside iconic groups such as The Coasters, The Drifters, and The Beach Boys. Most notably, they were featured with Jay Black as The Americans on the television special Pop, Rock and Doo-Wop. Proudly, The Alley Cats have had the special honor of entertaining US military troops serving in Iraq and Afghanistan, and have had the great privilege of being invited by The President of The United States to perform at The White House.