The Tracks at Brea Trail 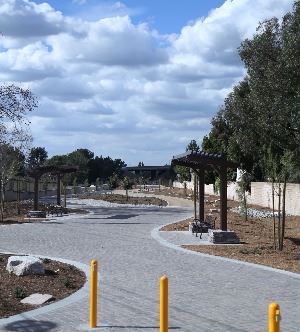 What was once a railroad and train depot, has transformed into a 50-acre linear park that traverses the City across four miles. "The Tracks" features a two-way bike trail, with a separate pedestrian path, nine fitness stations, two bike repair stations, seating areas with shade structures, benches, drinking fountains, and restrooms. There are also interpretive signs along the trail that offer information and photographs on the area’s history, butterfly gardens and low water landscaping.

The Tracks has been in the works for many years. A volunteer community task force worked to gather and analyze information as an early part of the process. Outreach began in May of 2009 and led to three separate visioning workshops and a community survey. An outreach report on that effort was compiled in 2010.

A community meeting was held on Thursday, May 31, 2018 to discuss the potential western extension of The Tracks at Brea trail. View the presentation given at the meeting, as well as summary notes from the meeting.