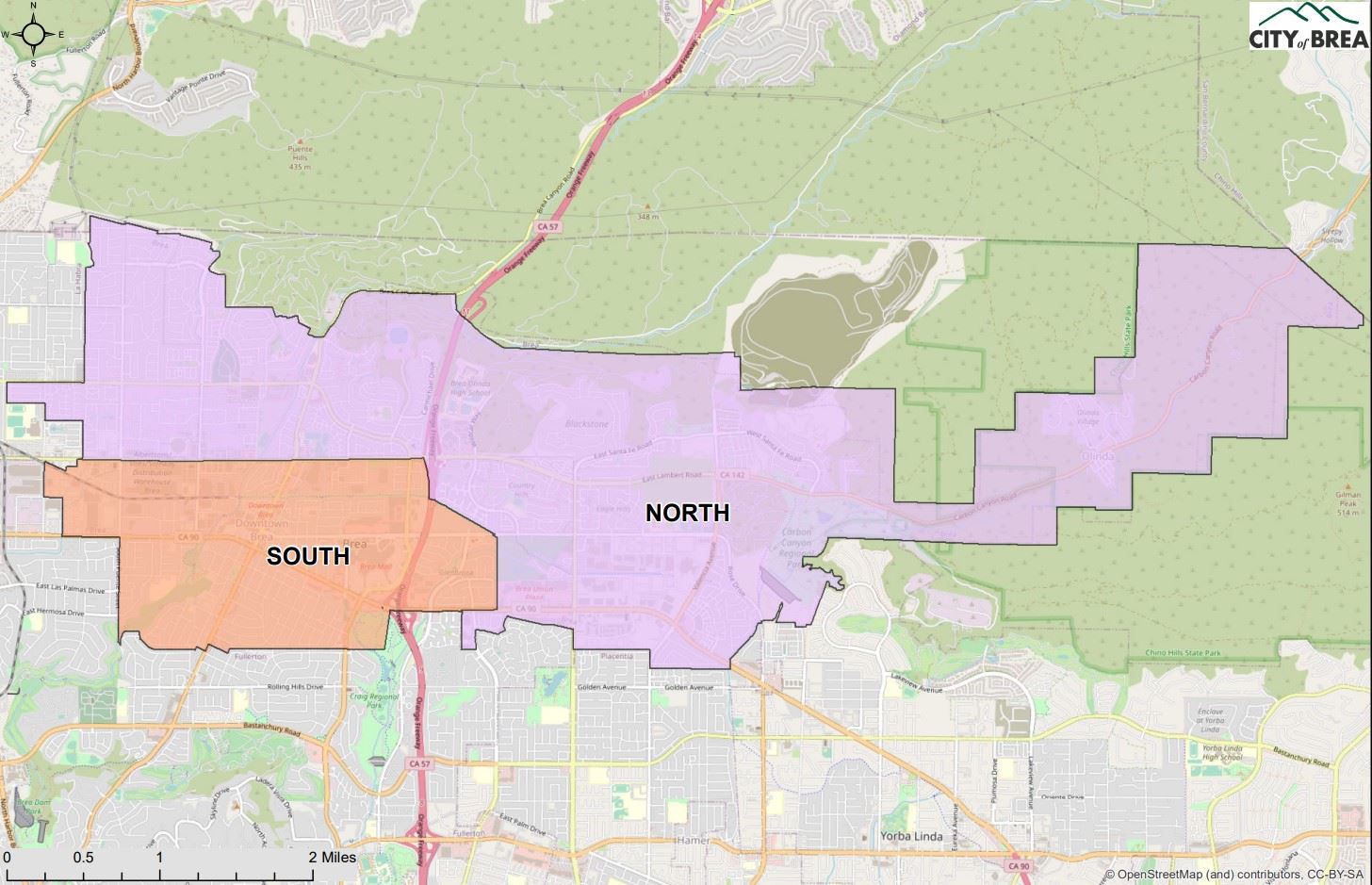 The North Area consists of the north and east areas of Brea. It is the largest patrol area geographically in the city. The east command encompasses nearly all area east of the 57 freeway and includes Carbon Canyon, the Blackstone development, Wildcatters Park, the Brea Sports Park, and the large retail corridor on Imperial Highway with stores that include Walmart, Nordstrom Rack, and Albertson’s Grocery.

The South Area Command is defined geographically by the 57 freeway to the east, Downtown Brea to the west, Imperial Highway to the south, and the Rails to Trails to the north. This area includes much of our central retail core including the Brea Mall and Downtown Brea.

The South Area includes both residential and business/retail centers. This command area includes all areas south of Imperial Highway and east to the 57 freeway. The area also includes areas west of Brea Boulevard (except Downtown Brea) and south of Lambert to the western city boundary. The boundaries include Brea Boulevard to the east, Imperial Highway to the south, and the city limits to the north and west.